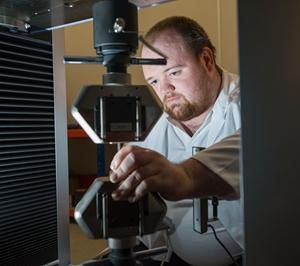 Despite recent events in parliament, a no-deal exit from the EU remains a distinct possibility.

It is a scenario that has implications for many UK businesses within our industry. Every company that makes, sells or uses construction products bearing the CE mark – a certification stamp indicating conformity with health, safety, and environmental protection standards – would be affected either directly or indirectly.

The most affected group of companies would be the notified bodies and technical assessment bodies, which the Department for Business, Energy & Industrial Strategy (BEIS) collectively describes as “conformity assessment bodies”.

An open letter written by BEIS Europe director Blake Bower confirmed that these organisations will no longer be able to provide European Technical Assessments on products inside or outside the UK, if they are solely located inside the UK. Instead, they will be converted into “UK approved bodies”.

The implications of this could be potentially disastrous to those businesses that have no European-based laboratory to undertake CE-related work.

The next group of businesses to be affected will be UK-based suppliers and manufacturers, especially those that import their goods, or sell their goods within the UK as well as EU countries.

Under Annex V of European Regulation 305/2011 (commonly referred to as the construction products regulations), manufacturers of products whose “system of assessment and verification of constancy of performance” falls under systems 3 and 4 are able to self-certify that their products are in compliance, allowing them to affix the CE mark.

The current government guidance for UK-based companies in this situation is that products placed on the UK market will need to adopt the new UKCA conformity marking. But for UK companies placing goods on the EU market, the option to self-certify will cease.

Instead, they will need to use an EU-recognised notified body to confirm compliance.

This additional step would add costs that did not exist before Brexit, and would negatively impact small and medium enterprises that import goods from the Far East and then redistribute them into the European Union from the UK, especially if they offer commodity products across a large range of individual stock keeping units (SKUs).

The final part of this triumvirate of possibilities is the case where a company sells its goods both in the UK and EU.

According to BEIS, these companies will have to carry both the UKCA and the CE mark concurrently.

The largest affected group would be the end-users of the products themselves, most of whom will be unaware of the changes discussed in this article.

The main issue will be changes to checks and measures on compliance, and how each business will integrate those changes into their quality management systems (such as ISO 9001).

For EU-based companies selling goods into the UK, their CE marking will not be valid after a ‘prescribed period’ (which has not been defined but is generally accepted to be two to three years).

This was confirmed by the European Commission in a notice to stakeholders issued on 22 January 2018, and that guidance remains in place.

It was reiterated by the European Commission in the most recent Q&A session on the matter.  After the prescribed period, an EU-based supplier would need to have the UKCA mark affixed to their products to continue to supply the UK market.

In conclusion: the current situation is far from ideal and impacts different types of companies with varying levels of severity.

I implore CN readers to investigate and confirm how a no-deal Brexit will affect their business, products and activities.

Key resources are the UKAS and Brexit portal maintained by the United Kingdom Accreditation Service (UKAS) as well as the government portal: Prepare for Brexit if you live in the UK.

Send us an email